Is it possible to design a happy city?

Urban and sustainable city planning with people first. Well-being in cities and in other urban environments is essential for reaching an ecologically sustainable level for living.
The Netherlands Embassy in Finland wants to share Dutch expertise regarding these topics and, at the same time, create an open discussion and exchange between the speakers, the experts and the audience. 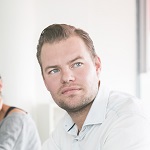 Robbert Jan van der Veen (1981) is a Dutch urban designer (graduated with Honours) and founding partner of the urban design & strategy studio plein06 (http://www.plein06.nl/) based in the central business district of Rotterdam in the Netherlands. The past 10 years Robbert Jan has been involved in the planning and design of future proof urban landscapes, sustainable infrastructure, ecological neighborhoods and interactive public spaces in and around the Rotterdam-The Hague metropole area.

This metropolitan area is confronted by an extensive growth of nearly 250.000 new households in the next 20 years, while also challenged by major transitions in the field of sustainable energy, water adaptation, general use of big data, new mobility, strengthening the biodiversity, recycling of waste and implementing the Next Circular Economy. Major physical transitions combined with increased social and local challenges in for example health, labor, leisure and social safety and cohesion has Robbert Jan’s special interest.

Robbert Jan will share his experience and will show you the integral and interdisciplinary approach which he uses to address the challenges of the metropole area. He will take you along different scales of various urban planning projects, from the metropolitan level towards innovative public space and infrastructure. After his presentation Robbert Jan would like to discuss the similarities and differences between the Dutch and Finnish approach and debate about the conditions needed for creating a perfect metropolitan area.

Virpi Lund is a Master of Education and a Senior Lecturer in Social Services at the Laurea University of Applied Sciences. Her research interest is residents’ agency and learning through participation in urban development.  Currently she works as a researcher in the project of Osallistuva budjetointi kaupunginosakehittämisen välineenä 2017-2018 (Participatory Budgeting as a tool for public engagement in the development of a local urban neighborhood) aiming at enhancing community development with human resources and developing online-based tools for participation in the city of Espoo, southern Finland. Earlier projects include working as a researcher in the project Välittävät Valittavat Verkostot 2013-2015 (Caring and Sharing Networks) aiming at enhancing citizen participation and stakeholder collaboration in the city of Espoo. Video of Caring and Sharing Networks.
In line with Laurea UAS strategic choice, these both projects integrate research and innovation research in user-centered Living Lab in real life communities and settings. Laurea UAS gathers different actors and stakeholders to accelerate innovation activities through mutual sharing and learning. See more.

Studio Puisto was founded in 2014 and already selected as one of rising star offices from around the globe by leading lifestyle magazine Wallpaper in 2016. In projects by Studio Puisto ecological, economical and social ambitions come together – without compromising on a beautiful and functional end result.

Studio Puisto is also one of the founding offices of Uusi-Kaupunki, or in English New Urban Collective. The objective of the collaboration is to encourage municipalities, communities, and companies to use architecture and planning as a tool for problem. In 2014 Uusi-Kaupunki collaborated with the Finnish Broadcasting Company (YLE) on a six episode documentary. The documentary featured Uusi-Kaupinki’s participatory design workshops in 6 different cities around Finland. The aim of the workshop is to help inhabitants develop their city and show the unlimited possibilities.

Willem van Bolderen has a passion for wood architecture and is a tutor at, among others, the Wood Program of the Aalto University of Technology. 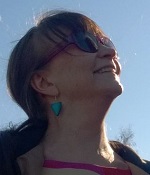 Leena Silfverberg having a M.Sc. degree in civil engineering, Mrs. Leena Silfverberg started her career in 1986 in Helsinki City Planning Department as a transport planner. In 1999-2008 she worked for the Finnish Ministry of the Environment as Senior Technical Adviser. After that she returned to Helsinki City Planning Department, now serving the city as a head of transport planning professionals. During her 30 year career she has specialized in urban form and sustainability, citizen participation and promoting traffic safety and sustainable mobility. She finds that Helsinki has, in many ways, made huge progress in recent decades, but that there still is a lot to learn – from the Dutch especially about cycling.

This part has been made in co-operation with Netherlands Embassy in Finland.